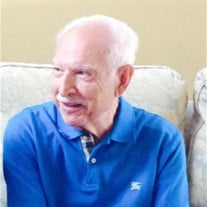 Colonel Ahmad A.Amiri Ahmad A. Amiri June 25,1928-Feb 22,2018 Folsom, California, United States. Ahmad A.Amiri , 89, son of Azizola Khan Amiri and Zara Amiri, passed away on February 22, 2018 at Mercy San Juan medical center. He was surrounded by his wife of 58 years Pary Rokh Modjtehed Zadeh and his children who talked to him, held his hands and kissed him to the last breath. He was a beacon of strength and had an unshakable faith in God, a gentle soul, loved life and his family and inspired all those around him. He had many friends and helped many people in time of their needs who came from all walks of life. He lived a life spanned over three continents born in Neyshabur , in northeast of Iran, at his ancestor family land called walnut tree at the footsteps of the majestic mountain range of Binalood, he moved to Tehran, to join the highly regarded imperial guard’s immortal guards named after the Darius the great of the ancient Persian empire. He served his motherland with valor and distinguished himself as an able ,capable officer , trusted by the king, till the last days of the rule of monarchy in Iran. His services went beyond the military, his love of agriculture and nature, led him to develop a desolate land into a modern agricultural and dairy complex equipped with the state of the art equipment. Ultimately, he had the high honor of being awarded with the national medal of planting tree, the first for a private citizen at the time. He loved nature and horses, the legacy of his forefathers. The tumultuous events of the 1979 in Iran, forced him to escape from Iran which was the start of his journey in exile. He and his family ultimately settled in Sweden, which was home to him. A modern, safe and beautiful country that he loved and had immense gratitude for , where he lived a very happy, secure and peaceful life. He traveled frequently to the United States to visit his children where the entire family gathered to celebrate his birthday celebrations for many years. He admired United States and called it his second home and the land of the future. Memories of travels to Spain are unforgettable where the family enjoyed the gatherings and shared precious moments where he loved talking to his grandchildren . He was a loving, strong and courageous husband, father and grandfather. His love of his children and his grandchildren defined who he was and made him so very happy. He lived a life of integrity, whose sole purpose was the education and happiness of his children and grand children, never hesitating to put their needs before his own at all times. He will be missed sorely and will always be remembered with love by all. He is survived by his wife, his children and his grandchildren. A burial service will be held on Monday February 26. A celebration of his extraordinary life will be held on Sunday March 11.

The family of Ahmad Amiri created this Life Tributes page to make it easy to share your memories.