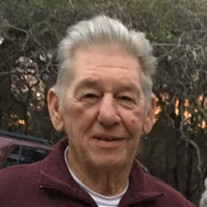 In lieu of flowers the family has requested donations are to be made to the American Cancer Society. https://www.cancer.org/ Allen C. Boam passed away suddenly at 79 years young. Allen was born in Oakland and raised in Albany, California to... View Obituary & Service Information

The family of Allen C. Boam created this Life Tributes page to make it easy to share your memories.

In lieu of flowers the family has requested donations are to...