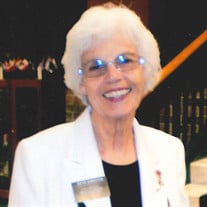 Amanda Jean Whetten Burraston – Loving sister, mother and grandmother passed away July 13, 2017 in Sacramento, California surrounded by her loving family. She was born in Colonia Chuichupa, Chihuahua, Mexico to Glen Whetten and Ada Judd Whetten. She loved growing up in the Mormon Colonies in Mexico and moved from Chuichupa to Col. Juarez when she was 8 years old. After graduating from High School she went to Brigham Young University, graduating with a degree in Elementary Education. She began her teaching career at Wasatch Elementary in Provo, Utah teaching 1st grade. She would later continue her teaching career working with special needs children in the Headstart preschool program in Del Paso Heights, California. She met her husband Neil Burraston in Provo, Utah and married in Mesa, Arizona, June 5, 1963. Together they raised 5 children. Kenneth, Bert and Deborah were born while they were living in Utah, Tamora was born while they were living in Albany, New York, and Paul was born in Sacramento, California. She taught and touched the lives of so many as she served in her many church callings. Her last calling was as the music coordinator in the Del Norte Ward. She was a Temple worker for many years in the Oakland and Sacramento Temples. She served 3 full time missions for the Church of Jesus Christ of Latter Day Saints. First in Concepcion, Chile with her husband where they worked helping to establish the Employment Center; second in Monterrey, Mexico serving a Welfare Services mission. While serving this mission, her husband passed away on February 27, 2004. Her third mission was a Church and Family History mission which she served with her sister, Velma Taylor in Salt Lake City, Utah. She was an accomplished pianist and gave piano lessons to many even while she was serving as a missionary. Amanda believed in humbly assisting to make where ever and whomever she met, better than when she found them. That is exactly how she lived her life. She is survived by her 5 children, 17 grandchildren, 1 great grandson, 4 brothers; John, Robert, Edward, Don, and two sisters; Velma and Earline. Preceded in death by her husband, her parents, and 3 brothers; Bert, Glen, and Clifford. - California Services at LDS Eastern Avenue Chapel, 2475 Eastern Avenue, Sacramento, CA – Tuesday, July 25, 2017 at 11:00am; Viewing at 9:00am - Utah Services at LDS Goshen Chapel, 75 South Center, Goshen, Utah 84633 – Friday, July 28, 2017 at 1:00pm; Viewing at 11:00am; Interment to follow in Goshen Cemetery In lieu of flowers, donation may be made to the Perpetual Education Fund at ldsp.org or call 800-525-8074

The family of Amanda J. Burraston created this Life Tributes page to make it easy to share your memories.