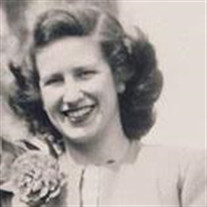 Anna Louise Kyle Athayde was born on October 8, 1927, in San Francisco and died peacefully at her home in Shingle Springs, CA on January 30, 2022. Anna was preceded in death by her husband Hubert Paul Athayde; her parents Alex and Louise Kyle; her sisters Janice Batchelder and Lucille Gaddis; and her brothers-in-law Joseph Batchelder, Bob MacDonald, John Gaddis, and Gene Taylor. She is also preceded in death by her nieces and nephews Joseph Batchelder; Teresa, Louise, and Annette MacDonald; Linda and Dannielle Atkinson; Robert Gaddis; and bonus son Frank Fong. Cherished sisters Alexa Taylor and Shannon MacDonald survive their beloved older sister Anna. Anna loved her family and will be missed by her children William (Marjorie) Athayde, Robert (Julie) Athayde, Elizabeth (Bruce) Drummond, and Barbara (Mike) Parsons. Grandchildren Michael (Amanda) Parsons; John (Whitney) Athayde; Kathryn Drummond; Angie (Gary) Stevens; Scott (KayLynn) Drummond; Juliana (Erik) Behr; Shannon Dycus; Quaverly (Anthony Kaciak) Rothenberg; Kyle Athayde; Matthew Athayde; and Eliana Athayde. Great grandchildren Jakob and Mason Parsons; Quincy, Gabriel, Theodora, and Jacqueline Athayde; Madison Stevens; Grace, Abigail, Lucy, Zachary, Daniel, and Malachi Drummond; Kaia and Ella Behr; Zoey Dycus and Zander Wynn; Avery Rothenberg, Lada, and Philippa Kaciak. Anne leaves behind many nieces, nephews, and cousins with whom she made lifelong memories. Anne treasured her extended Peruvian family, the Nuñez Borjas; Anne’s first home was in Oakland CA, and she remained living in Oakland until 1974. Anne went to Horace Mann Elementary, St. Augustine’s Grammar school, and Holy Names High school all in Oakland graduating in 1945. She graduated from Providence Nursing School in Oakland in1947 as a registered nurse. She worked at Providence Hospital and married Hubert Athayde in 1948. She left the full-time work force for occasional part-time nursing while raising her children. She was active in the PTA at Allendale Elementary, Hamilton Jr. High, Maxwell Park Elementary, Frick Jr. High and Fremont High School. She was also active in Boy Scouts, hosting International Jamboree participants for several years; Camp Fire Girls; and numerous other organizations in which her children were involved. Anne volunteered with American Field Service (AFS) hosting high school students from all over the world in her family home for various periods up to an entire school year. Anne and her husband, Hubie, along with the kids and friends dug out a basement playroom in their home in 1962 which became the local hang out for her children’s friends. Having 50 kids socializing in the basement was normal. Many wonderful memories were made with neighborhood and school friends between 1960 and 1970. The basement was outfitted with phones during election times to remind voters to vote, and to provide voters a ride to the polling place. The Athayde house was occasionally the neighborhood polling place. Anne went back to nursing full time in 1964. In 1972 Anne and Hubie moved to Lodi, CA where Anne worked full time in surgery at St. Joseph’s Hospital. In 1986 Anne retired from St. Joseph’s Hospital and then volunteered at Hospice of San Joaquin for 20 years – being their most tenured and long-standing R.N. volunteer. In Lodi they had 5 acres, a huge swimming pool and a billiards room where the grandchildren made many memories. They raised sheep for the 4-H and later grew over 400 walnut trees. Many children, grandchildren, nieces, and nephews helped at the harvest. The also enjoyed a large garden, many fruit trees and rose bushes. Anne was an election worker for over 35 years, while living in Lodi. She also read to school children as “grandma reader” in Lodi elementary schools. Anne and Hubie were awarded a lifetime membership to Stockton Telephone Pioneers of America for their tireless devotion to the organization of volunteers. In 2009 Anne and Hubie sold their ranch and moved to O’Conner Woods in Lodi where they volunteered in the garden and at the chapel. In 2011 they moved to Ponte Palmero in Cameron Park. After the passing of Hubie in 2013, Anne moved in with the Drummond family and remained there until her death. The family appreciates the outstanding care from Anne’s caregiver Sharon Daniel who assisted her for the past 2 years. In lieu of flowers please send donations to the charity of your choice, to your local hospice, or to Snowline Hospice at 6529 Pleasant Valley Road, Diamond Springs, CA 95619. Due to COVID and related travel issues, a funeral mass and celebration of life will be held later. Call or text Barbara Parsons at 510-305-7952 for more information on the future date, time, and location. Most important is that Anne lived a life of abundance and gratitude, bringing joy and generosity to her family, friends, and communities. Her body gave out, but her mind did not, and she was engaging until her death. This is her legacy.

Anna Louise Kyle Athayde was born on October 8, 1927, in San Francisco and died peacefully at her home in Shingle Springs, CA on January 30, 2022. Anna was preceded in death by her husband Hubert Paul Athayde; her parents Alex and Louise... View Obituary & Service Information

The family of Anna Louise Athayde created this Life Tributes page to make it easy to share your memories.