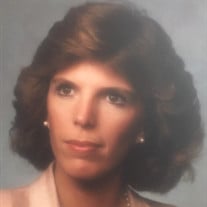 On Mother’s Day, May 10, 1959, Brenda Grace Super was delivered by her physician father (Dr. John Cummings) into the arms of Dr. Nancy Yost in her medical office in Glendale, CA. Sadly, her father passed away when she was a toddler, so she was raised by her mother at her home in the Verdugo Hills overlooking Glendale. Tragedy struck again in 1970 when her mother passed away when she was only 11, and her sister Cheri Munger moved in to finish raising her. She attended Glendale’s Hoover High School, becoming a cheerleader and enjoying the theatre arts, graduating in 1977. She briefly attended college, but eventually joined the San Diego Eye Bank as a technologist. It was then, in 1990 that she purchased her first home: an old converted dairy building. But the roof was in poor repair, and while trying to repair it she was swindled by a contractor and ran out of money. So Brenda did what only Brenda could do, and what she did best. She completely renovated the home, on her own, in her spare time. She slept in a construction site without walls, powered by an extension cord from the neighbor’s house, eating Top Ramen cooked on a hot plate and taking sun showers or using local gym locker room faucets. This continued for several years until she finished the remarkable home featuring a spiral staircase, sunken tub and tropical wood flooring. Doing everything herself - from sweating copper pipes to hand making a butcher block countertop. While building her home she became a Medical Investigator with the San Diego County ME Office, where she met her husband Dr. Mark Super. They married on July 15, 1995 and moved to Northern California to start a family. Her life became complete on February 4th, 2000 when she gave birth to two twin “apgar 10” babies (as she always bragged), Zachary Leonard and Emily Grace. In July of 2004 the family moved to their beautiful ranch in El Dorado Hills, named after her: Grace’s Glen. It was here where Brenda did as she did best again and remodeled, organized and built the ranch into a special place of freedom paradigm where her children could raise animals, make gardens, ride horses, grow and have fun. Being a mother was her greatest source of pride and joy. Between taking her kids on spontaneous trips to the snow or the beach, to taking them to shows, fairs, Disneyland, theme parks, camping or on walks to the lake, she took care of every responsibility without complaint. Her spirit lit up any room she walked into, and her light touched many in times of darkness. Brenda was taken from us suddenly on November 8, 2020, leaving an emptiness in the hearts of everyone blessed enough to know her.

On Mother&#8217;s Day, May 10, 1959, Brenda Grace Super was delivered by her physician father (Dr. John Cummings) into the arms of Dr. Nancy Yost in her medical office in Glendale, CA. Sadly, her father passed away when she was a toddler, so... View Obituary & Service Information

The family of Brenda Grace Super created this Life Tributes page to make it easy to share your memories.