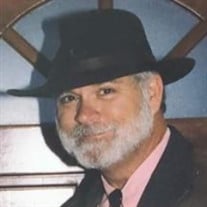 Charles Thomas Harris, known to family and friends as Thomas, passed away at the age of 74 on Friday, February 4, 2022 in El Dorado Hills, California with his wife, Emily Harris, at his bedside. Thomas was born November 29, 1947 in Colfax, Washington to his parents Charles William Harris and Evelyn Amelia Harris. His father served in the Army/Air Force during WWII as a flight engineer, therefore the family lived all over the United States and Germany. Thomas’ first memory was at the age of 5 when his family moved to Germany, where his father was serving in the Air Force. They were one of the first United States families allowed into Germany after WWII and lived there for several years before returning to the states where they initially lived in Michigan on Lake Vanetten. Thomas had wonderful memories of living on the lake, fishing, swimming and exploring for hours at time. His family continued to live throughout the United States as his father’s military career assigned him to different bases. When Thomas was in high school they lived in Burkburnett, Texas, where his father was a missile analyst. His father opened up a pizza parlor called Bill and Tom’s. Thomas would leave high school early to get the dough and sauces ready for the day. When Thomas was 17 his family moved to Mississippi where he joined the Army, serving in the 101st Airborne as a medic in Vietnam. Later he served in the 82nd Airborne and was again sent to Vietnam. He then left the Army and joined the Navy as a corpsman in the Navy SEALS and was once again sent to Vietnam as the Commander in Chief ordered all SEALS to Vietnam. Upon returning home from combat, Thomas stayed in the medical field and eventually earned his Bachelor of Science and Master of Science in Psychology and Sociology and started his doctorate program while still in the SEALS. He had many assignments in the SEALS after the Vietnam War; family marriage counselor, emergency room as a corpsman, etc. However, his favorite was when he went into mammal research and medically and surgically worked on porpoises and pigs. While based in Coronado Island he also worked nights and weekends as a paramedic. After 13 years Thomas left the military and served at the Dallas County Department Head of Paramedics. Later he went on to teach college in Sociology, Psychology and Comparative Religion. Then he also served in a hospital as the head of the Sociology Department. Moving to Oregon, Thomas also worked in adoptions of children and as a social worker in Child Protective Services in two states and several counties and as the Supervisor of Adult Protective Services against Financial Crime in Sacramento County. He retired from Sacramento County and he and his wife, Emily, enjoyed the arts, gardening, traveling and friends. Thomas was preceded in death by his parents, Charles William Harris and Evelyn Amelia Harris. He is survived by his loving wife, Emily Nack Harris, sister Wanda Maxey and brothers, John Alan Harris and Eugene Harris and his children Richard Harris, John Harris and his wife Roxann Harris, Trisa Knight and her husband Michael Knight, Donald Churchman and his wife Stephanie Churchman, and 19 grandchildren. All of whom he adored and loved very much. The Celebration of Life for Thomas will be on Saturday, March 12th, at noon in the chapel of the Church of Jesus Christ of Latter Day Saints, 1275 Green Valley Road, El Dorado Hills, California. His military burial will be on Tuesday, March 29th at 9:30 am at the National Cemetery in Dixon, 5810 Midway Road, Dixon, California.

Charles Thomas Harris, known to family and friends as Thomas, passed away at the age of 74 on Friday, February 4, 2022 in El Dorado Hills, California with his wife, Emily Harris, at his bedside. Thomas was born November 29, 1947 in Colfax,... View Obituary & Service Information

The family of Charles Thomas Harris created this Life Tributes page to make it easy to share your memories.

Charles Thomas Harris, known to family and friends as Thomas,...