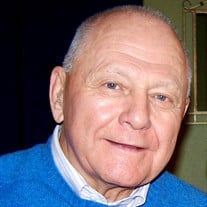 Charles “Chuck” Andrew Kuhl passed away peacefully, on November 11, 2020 while living in Elk Grove, California. Chuck was born on May 28th, 1935 in Rhinelander, Wisconsin. He was the second son of three boys born to Elmer Andrew Kuhl and Hazel Ellen Wallace. Chucks family lived in Wisconsin and California. He graduated from Sacramento’s Grant Union High School and excelled in football and track. He was elected student body president his senior year (1952-53). Chuck attended UC Berkeley on a football scholarship. He graduated from Berkeley with a Bachelors degree, and later obtained his Masters from CSU Sacramento and his Doctoral degree from BYU. He married Diana Emily Tuning on June 9th, 1956, and they were later sealed in the Los Angeles Temple of The Church of Jesus Christ of Latter-Day-Saints. Chuck had a long and distinguished career with California Youth Authority spanning 33 plus years. His career took the family to many places in California as well, including San Andreas, Linden, Ione, Elk Grove and Paso Robles. Chuck and Diana had many adventures throughout their life. He loved to fly fish, hunt, hike and camp. Chuck was a true outdoorsmen. Their shared love of nature and the great outdoors took Chuck and Diana and their family all over the western United States. Chuck loved being out in nature. He oft times spoke about the peace, enjoyment and beauty of land, hills, streams, trees, flowers—all part of feeling closer to God. He had a great eye for photography and took thousands of photos. Nature photography became his other retirement passion (after fishing), and he created a line of nature themed cards that he often sold or gave away as gifts. He loved sports of all kinds. A devoted and loving father he instilled in his children and grand children a love for all of these same things. A member of The Church of Jesus Christ of Latter-Day-Saints, Chuck served in many callings including youth and adult Sunday School teacher, Branch Presidency Counselor, and serviced in the Genealogy Name Extraction Program. Chuck was preceded in death by his beloved wife, Diana Emily Tuning and his daughter, April Kuhl Sorensen. He is survived by daughters Sydney Kuhl Gines (Sam), Jennifer Kuhl (Stacy), Kelli Kuhl Hoshizaki (Eric), son-in-law Jared Sorensen, seven grandchildren, three great grandchildren, and brother-in-law Sam Tuning (Cheryl Strain). Chuck is being laid to rest here in the Green Valley cemetery were his wife, Diana, is also buried.

Charles &#8220;Chuck&#8221; Andrew Kuhl passed away peacefully, on November 11, 2020 while living in Elk Grove, California. Chuck was born on May 28th, 1935 in Rhinelander, Wisconsin. He was the second son of three boys born to Elmer Andrew... View Obituary & Service Information

The family of Charles Andrew Kuhl created this Life Tributes page to make it easy to share your memories.