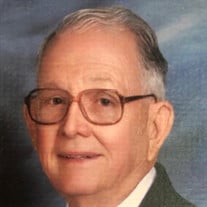 Chester Robert (Bob) Clarke, 94, of Honolulu, HI passed away on April 5, 2020 in Shingle Springs, CA surrounded by his family. He was born in Honolulu, Hawaii, on February 25, 1926, son of the late Chester Raymond and Lucetta Clarke. He is pre-deceased by his brothers Allan and Raymond Clarke. He is survived by his wife Joanne of 70 years, sons Richard, Gary and his wife Dede, daughters Carolee Brownstein, Deborah McGrath, granddaughters Shannon, Courtney, and great grandson Connor. Bob attended Punahou School class '44, noted as the oldest high school west of the Mississippi. In December of 1941 at the time of the Pearl Harbor attack he lived with his parents and brothers overlooking Pearl Harbor from where they viewed the entire event. He served in WWII with the 19th troop Carrier Squadron of the 7th Air Force in the Pacific. After discharge from the service, in 1946, he attended College of the Pacific (now University of the Pacific) in Stockton, CA where he met Joanne Seemann. Bob graduated in 1950 with a degree in Civil Engineering. Bob and Joanne married in June of that year. He returned to Hawaii, with Joanne, to work for his father at Clarke-Halawa Rock Quarry from 1950-1959. After the sale of Clarke-Halawa to Pacific Cement and Aggregates of San Francisco, he stayed on from 1959-1964 as Vice President. Bob purchased Surfside Hawaii Inc in 1964 which was a distributor for Capital Records. He eventually formed his own record label Lehua Records, purchased House of Music stores, and became involved with numerous business investments. Bob and Joanne moved to California as part-time residents where he maintained a vineyard while continuing distribution of his record labels of Hawaiian music. One of Bob's passions was being a Rotarian for over 60 years. He joined the Rotary Club of Pearl Harbor in 1957 and was Club President during 1961-1962. He was Rotary District Governor of District 500 (Hawaii and Tahiti) in1975-1976. He served on a number of Rotary International Committees and District Rotary Foundation chairs. Bob was a big supporter of Rotary International monetarily and volunteering of his time. He was a Major Donor of the Rotary Foundation, as well as, a multiple Paul Harris Fellow. He was an active and contributing member of the Rotary Club of Cameron Park from1990-2020. One of Bob’s cherished experiences was serving on the University of the Pacific Board of Regents for 30 years. A longtime business executive, Bob enjoyed traveling, entertaining, and working on the vineyard, and spending time with his immediate and extended family. He will be dearly missed by family and friends. Services to be scheduled at a later date. In lieu of flowers, the family is requesting donations be made to the Rotary Foundation Annual Fund, www.Rotary.org

Chester Robert (Bob) Clarke, 94, of Honolulu, HI passed away on April 5, 2020 in Shingle Springs, CA surrounded by his family. He was born in Honolulu, Hawaii, on February 25, 1926, son of the late Chester Raymond and Lucetta Clarke. He is pre-deceased... View Obituary & Service Information

The family of Chester Robert Clarke created this Life Tributes page to make it easy to share your memories.