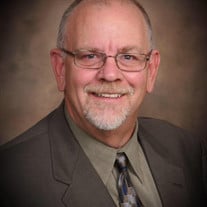 We regret to inform CLTA members that Dante Sergent, an icon in the title industry, recently passed away after a brief illness on January 28, 2022. Like other old-school title folks, Dante was a friend and mentor to many in the title industry. Those of us on staff with CLTA already miss him dearly and cherish the memories we were blessed to share with him. Dante had over 40 years of experience in the title insurance industry with Western Title Insurance Company, Placer Title Company, and Old Republic Title Company. Dante is the son of Bruce Sergent (deceased) and is survived by his mother, Joanne Sergent and his wife Cindy and the light of his life, daughter Catherine (Caty). He is also survived by his sisters Zeline Hanson and Trese Johnson, as well as his nieces and nephews. Dante had been very involved with the CLTA since 1986. He sat on the Claims Awareness Committee, Legislative Committee, Forms and Practices Committee, and was a valuable member of the CLTA Board of Governors from 2009-2019. He also served as CLTA’s President for the 2014/15 term, after serving as CLTA’s Treasurer, and other leadership roles prior to becoming President. He was also an integral part of CLTA’s Education Committee, serving some three decades in various capacities on the Committee. Numerous CLTA educational videos and documents bear his name as the author. After working for Western Title Insurance Company, Dante worked for Old Republic Title Company during two time periods. The first was from 1987 to 1993 where he worked for another title industry icon, Bob Soper, in the Underwriting Department. The second and most recent tour with Old Republic started in 2010 when he was the Assistant Manager of ORTC’s Title Operations Department in Roseville. A year later, he became the Manager and continued in that role for eight years until 2019 when he was elevated to the position of Senior Vice President, Title Operations Development. In that role he organized and brought uniformity to Title Departments in the six states comprising Old Republic’s Western Title Division. After accomplishing that goal, Dante transitioned back to the Underwriting Department in 2021 where he was put in charge of the company’s new education and training program for searchers, examiners, chief and assistant title officers to help develop the next generation of underwriters. He also functioned as an Underwriter, especially on commercial transactions. At Old Republic, Dante was a respected 'go to' guy for all employees in operations, particularly frazzled escrow officers who welcomed his prompt attention to closing their deals with quick answers to their questions and invaluable advice. Dante knew the business inside and out, and people trusted him. Ever approachable, Dante’s door was always open, he answered all questions, and turned nobody away. In between his stints with Old Republic, Dante worked for Placer Title and Mother Lode Holding Companies from 1994 to 2010 as the Manager of the company’s joint title plant and also worked in the Legal Department assisting in claims and special projects. Like his days with Old Republic, Dante was more than happy to answer questions from harried title examiners and escrow employees on both residential and commercial transactions. A Renaissance man in the truest sense, in addition to being a well-known and respected title industry expert, Dante was also an accomplished chef, having graduated from the California Culinary Academy in San Francisco, at the top of his class. He loved to cook and catered at least one wedding for a title colleague. No slouch on the links, he was a scratch golfer and played on California’s professional golf mini-tour for a short time in the 1970’s. The Sergent family is planning a private mass in February, but a Celebration of Life event is tentatively planned for some time in March. In lieu of flowers, the family is setting up a trust fund for his daughter, Catherine Sergent. Details regarding the trust fund can be found here. https://www.clta.org/page/SergentTrust

We regret to inform CLTA members that Dante Sergent, an icon in the title industry, recently passed away after a brief illness on January 28, 2022. Like other old-school title folks, Dante was a friend and mentor to many in the title industry.... View Obituary & Service Information

The family of Dante Bruce Sergent created this Life Tributes page to make it easy to share your memories.

We regret to inform CLTA members that Dante Sergent, an icon...