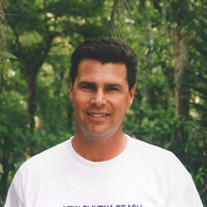 With heavy hearts, we announce the passing of beloved David Joseph Dean Jr. on Sunday January 30th, 2022. David is survived by his wife Denise, daughters Cristen and Ashley, son Preston, stepson Jordan, and 3 grandchildren. Dave was born to Anna Sue and David Dean Sr. on January 5th, 1961 in Castro Valley, California. He grew up in Gilroy, Morgan Hill, and Cameron Park. At the age of 14, he found his faith in Jesus Christ and was baptized a member of the Church of Jesus Christ of Latter-day Saints. While attending Ponderosa High School, Dave enjoyed varsity baseball, varsity football, and rode dirt bikes before graduating in 1979. As the third-generation to enter the construction industry at age 18, Dave learned the construction trades from his father and grandfather prior to starting his own business as a General Contractor. Dave completed projects in both commercial and residential construction before dedicating his career to his passion of building and remodeling custom residential homes throughout California. On August 24, 1991, Dave married Denise Luerae Plews (Andrews) at the Oakland Temple of the Church of Jesus Christ of Latter-day Saints where they were sealed for time and all eternity. They raised their children in the El Dorado Hills area. Dave volunteered many times as a youth football and baseball coach and fulfilled many callings in the Church: Bishopric Counselor, Elders Quorum President, and Ward Mission Leader. In his later years, Dave enrolled at Brigham Young University-Idaho and graduated with 2 degrees in Business Management. Dave is remembered for his sense of humor and as an outstanding son, brother, husband, father, and grandfather. His funeral will be held on February 5th at the Green Valley Mortuary in Rescue, California with a viewing at 10am and service at 11am.

The family of David Joseph Dean Jr. created this Life Tributes page to make it easy to share your memories.

With heavy hearts, we announce the passing of beloved David Joseph...