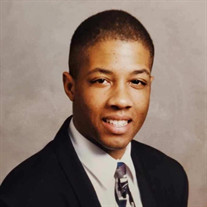 Forrest Wesley Williams Jr. was born May 17, 1968 in New Orleans, LA to the proud parents of Dorothy and Forrest Williams. He was their first born and christened soon after birth. Six months after birth, Forrest and his family moved to San Jose, CA where he lived and developed under the watchful care and encouragement of his parents. He was active in First African Methodist Episcopal Zion Church, San Jose, played numerous sports and held various part time jobs. Upon graduating from the American School in Japan and Santa Teresa High School, San Jose, CA. Forrest attended Sacramento State University where he went on to earn a Bachelor of Science in Mechanical Engineering and a Master’s Degree in Civil Engineering. He was a registered Professional Civil Engineer. Forrest was an accomplished student member of Tau Beta Pi Engineering Honor Society and Golden Key Honor Society and served his campus and surrounding community as Student Body President and active member of Iota Beta chapter of Kappa Alpha Psi, Fraternity, Incorporated. Forrest met his wife in 1992 while he was the student body president and she was appointed to the community affairs committee. Upon graduating from CSU Sacramento Forrest began his professional career working for Sacramento County Department of Water Resources in 1994. Melody and Forrest dated for 5 years before they were married March 29, 1997. The couple moved into their forever home in June 1999. Forrest and Melody have two children Jasmine (2001) and Rae (2003). Forrest always took a very active role raising his children. Forrest and Melody founded the Sundance Montessori Foundation (at the children’s preschool & Kindergarten) which he served as the board present for two years. Forrest was Jasmine’s assistant soccer coach (Folsom Tigers) and Rae’s head coach (Lava Girls). Forrest supported his children’s love of swimming. Forrest was a founding member and the president of both swim teams the Tigersharks and FAST. Forrest was known as the parent who would drive all the equipment and set up for the team. When Forrest wasn’t attending one of his children’s activities, he loved mountain biking, music and martial arts. One of his favorite father daughter bonding activities was doing Taekwondo with Rae. Forrest earned his first-degree black belt in 2018 and proudly won the Sparring Championship in 2019. When not coaching, mountain biking was another thrill for him, for many years Forrest enjoyed riding to and from work (72 miles). Forrest loved music, for six years he was a base guitar player for a group called Snakes and Cider. During Forrest’s twenty-five years with the Department of Water Resources, he had many accomplishments including his integral role in the planning, design, construction and operation of the FRWA facilities which bring surface water into the South American subbasin. He led SCWA’s metering and conservation programs, represented their interests with respect to state and federal legislation and actively engaged in groundwater issues and served as the County representative on the Sacramento Central Groundwater Authority Board. Forrest is survived by his wife Melody Smith-Williams, children Jasmine Williams and Rae Williams, parents Forrest and Dorothy Williams, sister Carol DeGrace (Derik DeGrace), nephew Shane DeGrace, brother-in-law Ron Smith (Trina Smith), nephews Ronnie and Roman and a host of loving aunts, uncles, cousins, and friends.

Forrest Wesley Williams Jr. was born May 17, 1968 in New Orleans, LA to the proud parents of Dorothy and Forrest Williams. He was their first born and christened soon after birth. Six months after birth, Forrest and his family moved to San Jose,... View Obituary & Service Information

The family of Forrest Wesley Williams II created this Life Tributes page to make it easy to share your memories.