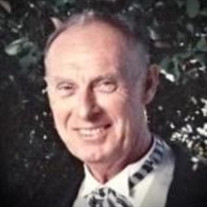 Francis George Reiff Francis George Reiff, devoted husband, father, grandfather, and great grandfather passed peacefully in his sleep on Sunday August 15, 2021. Frank was born September 5, 1936 in Varina, Iowa to Evelyn and George Reiff. He was the youngest of a close and loving family of 7 children. He moved to San Francisco with his family in 1941 and attended St. John Elementary School, Sacred Heart High School, USF and Golden Gate University. He met his best friend & loyal companion Rose Renzi in 1954. They married in June of 1957 and had four loving children. Frank began his career at Western Pacific Railroad, where he met and mentored with his future business partners. In 1960, they formed Out Patient Services; an innovative logistics and transportation company dedicated to the medical field. Ultimately he became the sole owner renaming the organization to Medical Courier Services. Frank was incredibly dedicated to his family and career, combining the two seamlessly. His faith, love and gratitude to his family and fellow workers defined who he was. Each one of his children worked at MCS at one point; as well as several nieces, nephews, and extended family. Frank and Rose enjoyed 64 years of marriage. Sharing their love of travel, their summers at Blue Lake Springs, and their unconditional love with their children, grandchildren, great grand children, and friends. Frank was a long time resident of Foster City, Arnold, and El Dorado Hills. Frank will be sorely missed by those that knew him. His love, kindness, and thoughtfulness will be remembered by all. Frank is survived by his devoted wife Rose; children Stephen (Kathleen), Sharon, Lauren (Blake), Richard (Margie); grandchildren Kelley,Kristin,Stephen,Jessica, Dillon,Jirae, Madeline, Christian, Alyson, and Alexandra; great grandchildren Caden, Sophia, Jackson, Mason, and Allister; sister in law Barbara; and many loving nieces and nephews. A funeral Mass will be held on Friday, September 10th at 11am at Holy Trinity Catholic Church 3111 Tierra de Dios Dr. El Dorado Hills, Ca. In lieu of flowers, remembrances may be made to: St. Jude Children’s Research Hospital and Alzheimer’s Association.

The family of Francis George Reiff created this Life Tributes page to make it easy to share your memories.