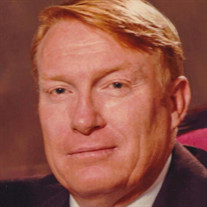 Franklin Leland Phillips passed on peacefully from this life to the next on March 16, 2022 at the age of 88 years old in Las Vegas, Nevada. His wife June S. Phillips preceded him through the veil in 1998 and his wife Sylvia L. Phillips left us just two years ago in 2020. He is also preceded in death by his siblings Terry (Harriet) Phillips, Victor (Virginia) Phillips, Ramona (Harley) Woodworth, Della (Merlin) Sorensen, Rhoda Phillips, Gerald (Daisy) Phillips, Connie Kay Phillips, and Norman (Pamela) Phillips and a daughter Lynette Phillips. He is survived by his sister Rema (Phil) Stout and his children David (Sherry) Phillips, Keith (Tammy) Phillips, Linda Phillips and Bruce (Laura) Phillips, “adopted” children Matt (Cindy) Fraze and Anita (Rex) Bergquist and many grandchildren and great grandchildren. He was born November 1, 1933 in Caliente, Nevada to Alberta Elizabeth and Victor Harvey Phillips. He grew up loving to hunt and hang out with his oldest brother Terry. He served in the army where he participated in “Operation Teapot”, the explosion of an atomic bomb and as a missionary for the Church of Jesus Christ of Latter-day Saints in the US California Mission. After completing his missionary service he followed his family to Sacramento where he met June Segerstedt at church and claimed that she asked him out on their first date. They were married in 1959 and lived in Sacramento. He always dreamed of owning his own business and after many years of working for others he realized his dream by becoming owner of Management Recruiters in Modesto, CA. In Modesto he served as a bishop for the Church and loved that calling. He had previously served in many other assignments in the Church, but probably most loved to be with the youth. It was while serving as a Young Men’s President that he began his legacy of bike trips for the young men. They would ride down the coast of California, from the Golden Gate Bridge to Ventura, CA or from the Oregon border to the Golden Gate Bridge and other routes. Many young men were the recipient of great life lessons because of those trips, including learning about their “catlike reflexes”. He loved to ride a bike and passed that love on to his sons. He will be remembered for his zeal for the gospel of Jesus Christ, his caring for his wife, his drive to provide for his family, his memory of family names and events, his “wise” sayings, his gentle humor and smile, his love for his family, God and country. Funeral services will be held Thursday, March 24th at 2:00pm at the Green Valley Mortuary… 3004 Alexandrite Dr, Rescue, CA 95672. A viewing will be held 1 hour prior to the funeral service and interment will follow directly thereafter.

Franklin Leland Phillips passed on peacefully from this life to the next on March 16, 2022 at the age of 88 years old in Las Vegas, Nevada. His wife June S. Phillips preceded him through the veil in 1998 and his wife Sylvia L. Phillips left... View Obituary & Service Information

The family of Franklin L. Phillips created this Life Tributes page to make it easy to share your memories.

Franklin Leland Phillips passed on peacefully from this life...