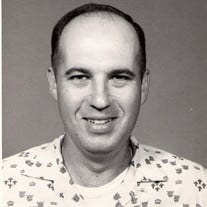 Jerald Paul Scarry passed away at his home in Shingle Springs, CA, on 28 December 2017. He was 78 years old. A native of Palo Alto, California, Jerry was born to Lawrence Scarry (Xerri) and Alice (Felicita Catherine Bonnici) Scarry on December 2nd, 1939. He was the fourth of five children in his family. His three brothers and one sister, in order of birth date, are John, Calcedon, Rosemary, and Philip. Jerry attended Saint Francis High School before joining the United State Army Reserves in 1957 and then enlisted in the United States Air Force in 1958. Upon joining the U.S. Air Force, Jerry reported to the Lackland Air Force Base in San Antonio, Texas, where he went to Boot Camp. Following Boot Camp, he was sent to Aircraft Mechanic Training at Sheppard AFB, Texas and then sent on duty assignments in the US as well as Panama and The Azores. During this time, he worked on several aircraft, including C-54s, KC-97s and C-47s. In December 1965, Jerry left the Air Force to go work for United Airlines as a jet mechanic. Jerry then met Kathleen Tooker on a blind date on New Year's Eve a few weeks later, set up by Jerry's brother Phil and Kathleen's good friend Patricia. Jerry and Kathleen's love was destined to be and they were married a few months later, on 14 May 1966. Not long after getting married, United Airlines went on strike, so Jerry decided to go back into the U.S. Air Force. Jerry was first stationed in McClellan AFB, Sacramento, California. He then went on an unaccompanied assignment to Thailand at Udorn, AB. There he worked on various aircraft in support of the Vietnam War from November 1967 to November 1968. After he came back to the United States, he was stationed at the following bases: Peterson Field, Colorado Springs, Colorado; Hickam AFB, Hawaii; Wheeler AFB, Hawaii; Davis-Monthan AFB, Tucson, Arizona; Canute AFB, Rantoul, Illinois; and Vandenberg AFB, Lompoc, California. From Vandenberg AFB, Jerry retired from the United States Air Force on October 31, 1979. His military awards include four Air Force Good Conduct Medals, the Vietnam Service Medal, four Air Force Longevity Service Awards, and the Republic of Vietnam Campaign Medal. After retiring in 1979, Jerry moved the family back to Sacramento, California where he worked on aircraft at several civilian airfields. in 1983, he picked up the family one last time and moved to Shingle Springs, California. He continued his work with aircraft for several years before shifting his focus to his love of wooden boats. Jerry's shorter commute, working at ACE Hardware in Cameron Park, California, enabled him more time to realize his dream as a designer and builder of several wooden boats of various sizes. He is survived by his wife of 51 years, the former Kathleen Tooker, of Southern California, his brother, Philip Scarry, his seven children, Michael, Philip, Joseph, Anne, Andrew, Jennifer and Thomas, and his 13 grandchildren. He was a loving husband and father to his family. He will be missed, but we know he is waiting for us in heaven. Recitation of the Rosary and viewing will be held Thursday, January 11th, 2018 from 1pm to 3pm at Green Valley Mortuary, 3004 Alexandrite Drive, Rescue, CA 95672. A funeral mass will be held on Friday, January 12th, 2018 at 10am at St. John the Baptist Catholic Church, 307 Montrose Dr., Folsom, CA 95630, followed by the burial with military honors at 2pm at the Sacramento Valley National Cemetery, 5810 Midway Road, Dixon, CA 95620.

Jerald Paul Scarry passed away at his home in Shingle Springs, CA, on 28 December 2017. He was 78 years old. A native of Palo Alto, California, Jerry was born to Lawrence Scarry (Xerri) and Alice (Felicita Catherine Bonnici) Scarry on December... View Obituary & Service Information

The family of Jerald Paul Scarry created this Life Tributes page to make it easy to share your memories.

Jerald Paul Scarry passed away at his home in Shingle Springs,...