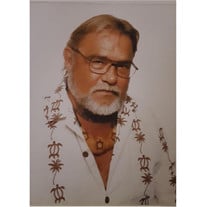 John Harles Davis Jr (JD) was born April 3,1948 in Dayton, Ohio.He passed away on January 23,2021 at Marshall Hospital in Placerville, California. His home was in Kyburz with family for the last 29 years. Before that he was a Elk Grove Resident. He was the loving husband of Beverly Ann Schumacher-Davis for over 51 years. He has two children Michael Scott and Cathi Lynn. Four grandchildren Rachelle, Danielle, Aj( Anthony Jr) and Jessica. He also has 4 great grandchildren, a grandson-in-law Albert Dolcini, and two god-sons David Rau and Steven Rader. He has a sister Myra Morrill and a brother Don Davis. He was a friend to so many and he treasured everyone of them. He joined the Marine Corp in 1966 and was deployed to Vietnam in 1967. He was in Vietnam from 1967 through 1969. He was awarded two purple hearts. He married Beverly Ann Schumacher on October 10, 1969. Worked for Proctor and Gamble for 21 years. He Joined the Air Force Reserves and became a loadmaster on a C-141 for 3 years. He logged in over 1000 hours. He loved drag racing of any kind, fishing, hunting, exploring, trading, cruising and traveling. He was very involved with Drag Racing. He was an official for NHRA, a track announcer/manager for Redding Raceway, Sacramento Raceway, ADBA, California Fun Bike Drag and along with many more organizations. He traveled all over the USA and Australia. He and his son Micheal ran drag bikes for many years as JD and SON Racing. Together they won many awards. He was an accomplished fisherman and fished out of Lawson Landing with his trusted dog Louie on his boat the Beverly Ann. He loved trading cars and everything else you can think of. I never knew what was being traded or what new vehicle or item we would have in the driveway. He was a poet and wrote several poems after his tour in Vietnam, one of which he donated at the opening dedication of the Vietnam Memorial in Sacramento. It remains in the Sacramento Archives. His health began to become an issue in 1995 due to his exposure to Agent Orange during his tour in Vietnam. His life changed drastically when he went totally blind for months. He could no longer enjoy his hobbies. He was lucky to gain a small amount of sight back in his right eye. In 2019 he was able to purchase a special hot rod of his choice (Dodge HellCat). Although he couldn't drive it he enjoyed riding in it while I drove around. He was a proud and tough Marine to the end, and the love of my life. He will be missed more than words can say. He qualifies for full military honors and to be buried among his fellow veterans, but that would mean we couldn't be joined as we planned together in death as we were in life. He will have some of the honors due to him at the remembrance/memorial service at St. Peter's Lutheran Church in Elk Grove on April 17,2021 at 11am. Written by Loving Wife Beverly Davis

John Harles Davis Jr (JD) was born April 3,1948 in Dayton, Ohio.He passed away on January 23,2021 at Marshall Hospital in Placerville, California. His home was in Kyburz with family for the last 29 years. Before that he was a Elk Grove Resident.... View Obituary & Service Information

The family of John Harles Davis Jr. created this Life Tributes page to make it easy to share your memories.