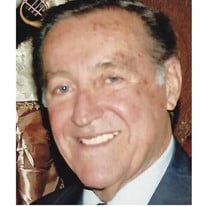 John “Jack” Charles Easley, born January 16, 1936 in Lima, Ohio, passed away peacefully at his home in El Dorado Hills, California on July 6, 2021 surrounded by family. Jack was the youngest of seven children of Clarence Frederick Easley and Lora Mary Moore. Jack was a devoted and loving husband, father and friend. He had a gregarious nature and made many close friendships during his lifetime. He loved the outdoors, taking scenic drives, sports and science. Jack loved expanding his mind with knowledge and was an avid reader. He loved babies and animals, and was known as the “baby whisperer” because both he and the baby would fall asleep together whenever he held one in his arms. Early in his working career, Jack was the head camera operator at NASA Ames Research Center at the time of the first moon landing. A historical photograph was taken of Jack by Ames, dressed as an astronaut, viewing the moon from inside an early space capsule. The photo was used to publicize the space program and was featured in the Smithsonian Museum. In 1998, Jack retired from a long career in graphic arts sales and management. Jack is survived by his wife, Mary Easley, and eight children - Patricia Pursell, Gregory Easley, Teresa Easley, Rebecca Cox, Gabrielle Jones, Margaret Easley-Dev, JoAnn Goodloe and Matthew Easley, 12 grandchildren - Kelly McGrath, Meghann Glick, William Pursell, Melissa Easley-Sanchez, Derek Easley and Kristin Easley, Shannon Donoghue, Ignacio Ochoa, Benjamin Easley, John Cox, Kishan and Jahnu Dev, and 8 great-grandchildren - Maggie, Tommy and Ellie McGrath, Edward Ochoa, and Jackson, Riley, Hudson and Jordan Glick. A memorial service will be held August 12th, 2021 at 11:00 a.m. at Holy Trinity Church, located at 3111 Tierra De Dios Drive, El Dorado Hills, CA 95762. Celebration of Life reception immediately following at the same address. In lieu of flowers, the family suggests a donation to the Alzheimer’s Association or American Heritage Hospice, Folsom, CA, in Jack’s honor. For additional information, and to post memories and photos of Jack, go to greenvalleymortuary.com.

The family of John Charles Easley created this Life Tributes page to make it easy to share your memories.