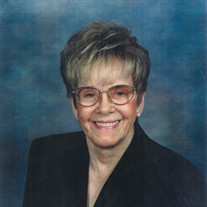 June’s Life June I. Greig was a loving wife, mother, grandmother, great grandmother, sister, aunt & friend. She had a full and wonderful 93+ years of life filled with adventures and memories. June was born in Minneapolis, Minnesota on June 22, 1923, her proud parents were Victor Albin Anderson & Nettie Anderson of St. Louis Park. She was the oldest of 7 children. She is survived by sister, Alice Erickson, brother Andy Anderson and her 5 children: Cathy LaFayette (Joe), Cindy Kremin (Greg), Wayne Vierra (Janet), Vince Vierra (Lori) and Kim Jones (Neil). Her Grandchildren are Danielle Winters (Patrick), Allison Burtschi, Lindsey Loyd (Colin), Josh Kremin, Joy Kremin and Austin Vierra as well as 5 Great Grandchildren. June was lucky to have 4 great loves in her life– George Vierra, father of her children, Ralph Greig, Pat Brick and Virgil Kiesz. June’s Professional Affiliations: Life Member of Woman Marines Assn and Minnesota Leathernecks, VFW St. Louis Park-Ladies Auxiliary, Marine Corps League and PTA Her hobbies were ceramics, family get together, traveling and music. In her early years she worked at Honeywell in Minneapolis before joining the Marine Corp with her brother Harold in 1943. They were the first brother and sister pair to join together in Minnesota. They were celebrated before they left with a dinner, newspaper article and radio spot. She was very proud of her service. She was stationed in San Diego where she met George Vierra and married in Oct. 1945. They were married for 37 years. She married Ralph Greig in 1985 and they lived in Minnesota and California, so they could be near their children. She then settled in Folsom, CA with Pat Brick until his passing. An honor for June was that she was chosen to be Grand Marshall in the Folsom’s Veterans parade in 2012 due to her service in the Marines during World War II. June had two unfortunate falls that caused some brain damage and therefore had to move to Concord to a wonderful facility for her care. She loved life and her family was everything. She was certainly the matriarch and she will be missed. A service in her memory will be held at two locations. There will be a visitation at Green Valley Mortuary in Folsom, CA on Saturday, May 27 from 1 pm to 3 pm. Her interment will be at Glen Haven Cemetery in Crystal, Minnesota on Wednesday, May 31st. In the chapel there will be a visitation period starting at 10:30 am with a Funeral service at 11:00 am, followed by a Marine Honors Burial. In lieu of flowers her charities of choice are the American Lung and Diabetes Associations

June&#8217;s Life June I. Greig was a loving wife, mother, grandmother, great grandmother, sister, aunt & friend. She had a full and wonderful 93+ years of life filled with adventures and memories. June was born in Minneapolis, Minnesota... View Obituary & Service Information

The family of June I. Greig created this Life Tributes page to make it easy to share your memories.

June I. Greig was a loving wife, mother, grandmother,...