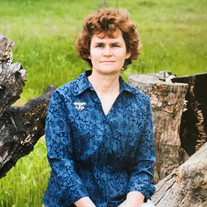 Lucy Murr, 61 of Sacramento passed on Monday, May 6, 2018 after a courageous battle with breast cancer. She was the wife of Mark A. Conley with whom she shared 29 years of marriage. She was the fifth child in a family of eight; four older brothers and one younger sister. She leaves behind her sons; Michael William Murr-Conley, and Avery Taylor, her mother; Abigail Louise Howes, two brothers; David Murr and Gordon Murr, and sister; Linda North, as well as many family members, co-workers and friends who loved her. She was preceded in death by her father William Murr, and brothers Bruce and Tom. Lucy loved animals and her home was filled with many adopted pets including dogs, cats, turtles, tortoises, snakes, lizards, desert iguanas, gekkos and even “Madagascar Hissing Cockroaches”. Lucy was a born on November 15, 1957 in Columbus, Ohio. She was a born teacher and even as a child loved to gather the neighborhood children and “instruct” them. As a child, she was close with her little sister Linda (whom she loved to boss) and her friend Nancy Burton. Together the three friends spent hours combing through Nancy Burton’s backyard forest in the suburbs of Pittsburgh, Pennsylvania, digging in dirt for interesting critters, creating doll houses and collecting acorn tops which became dishes, and collecting lightning bugs in jars at night where they played “capture the flag” at sunset. Lucy had a childhood full of play, imagination and discovery. Hours and hours were spent outdoors during the hot summer months, running around with neighborhood children until the skyline became too dark to see. Her whole adult life was spent investigating, discovering and learning about the creatures and the natural habitat of the outside world. Lucy died on her father’s birthday; May 6, 2019. This is especially poignant as her father was the reason she began working for the National Park Service. In her journal she recalls a conversation with her father, Bill Murr, when she was 12 years old. Her father, who had grown up a farm boy, “escaped” from the hard labor of farm life by reading Zane Gray novels and dreaming of adventures in the West. His dreams of adventure took his own large family on many trips across country during Lucy’s childhood. On one occasion, he turned to her when they were eating lunch at the Crater Lake National Park lodge cafeteria. Her dad said, “Lucy, this is something you could do when you get older, live and work in a National Park.” Six years later she started working in the park and later as a park ranger/interpreter in national parks during her summers. “I was totally and completely hooked,” she writes. Several years later, Lucy wrote about her father’s death…”days were warm and sunny and Dad took great comfort from his intense pain by lying on the lounge chair in the sun on the back porch.” During Lucy’s final days, she spent time on her back porch in a sunny spot on a chair, looking out at the plants and listening to the birds, taking great comfort from her intense pain. She was her father’s daughter to the core. Lucy’s career was devoted to teaching. She studied biology and earned her B.S. degree in 1985 from Southern Oregon State University. She received her teaching credential in biology and general science in 1990 from California State University, San Bernardino. Lucy was employed as a teacher/park ranger at the Palm Springs Desert Museum, Mount San Jacinto State Park, Monterey County Outdoor Education Program, Kern County Environmental Education Program, Otter Lake Conservation School, Blue Hills Reservation, Boston, Massachusetts, Rogue River National Forest, Oregon Caves National Monument, Crater Lake National Park and Olympic National Park. She had a passion and commitment to children, to environmental education, to teaching, and to the great outdoors. In lieu of flowers, donations may be made to support her passion--creating an interactive children’s native plant garden where elementary students at the California Montessori School, Orangevale, California or other sites where children she loved can continue her legacy of exploring nature through hands-on experiences. https://www.gofundme.com/ms-lucy039s-memorial-fund

Lucy Murr, 61 of Sacramento passed on Monday, May 6, 2018 after a courageous battle with breast cancer. She was the wife of Mark A. Conley with whom she shared 29 years of marriage. She was the fifth child in a family of eight; four older brothers... View Obituary & Service Information

The family of Lucy Murr created this Life Tributes page to make it easy to share your memories.