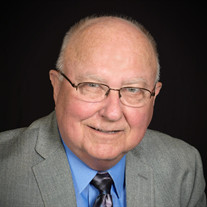 Mike Collom, 69, of Cameron Park, passed away on All Saints Day, November 1, 2017 after a long, courageous battle with cancer. He was born on February 11 , 1948, in Burlingame, California. Most of his professional years were spent working throughout the San Francisco Bay Area. Mike was a caring and loving husband, father, grandfather and friend. He is survived by his wife, Christeen Reeg, his sons, Craig Collom (Colette) and Brent Collom, step-daughters Regina Decarlo (Michael) and Stephanie Wagner (Ryan). He was Pappa Mike to Joey, Megan, Michael, Josh, Jordan, Jillian, Sophia, Parker, Julianna, Brooklyn, Sofia, Christopher, Liam, Cameryn, Jay, Colton and Dillon. He was preceded by his parents and brother, Chuck Collom. He will be sadly missed by sisters Deidre Landucci, Erin Sammut, brother Patrick Dunne, and Aunt Gael Rodgers. He loved all Of his dogs, especially Jake and Max. Mike began his career in the bakery business where he worked with his father, Mel Collom, deceased. He became a stockbroker in the mid-70s and spent his professional life in the financial services industry. Mike will be remembered for his leadership style, compassionate mentoring and promoting others. After retiring in 2004, Mike dedicated a majority of his time to Cameron Park Rotary Club, where he served as President of the Community Foundation Scholarships for Trade. Mike was known for his joyful personality and kind spirit. Mike and Chris enjoyed sharing their time together with friends and traveling. He never missed a Hot August Night in over 20 years where he loved spending time with his family. He loved his 1964 GTO and other classic cars. his hero was John Wayne, and the quote "Courage is being scared to death but saddling up anyway." A Catholic Mass will be held in his honor on Saturday, November 11, 2017, promptly at 1 1 a.m., at Holy Trinity Parish, 3111 Tierra de Dias Drive in El Dorado Hills. A Celebration Of Life will follow at Green Valley Mortuary, at 1 p.m. at 3004 Alexandrite Drive, in Rescue. NOTE: Bass Lake Road will be closed that day, so please use the Cambridge Road exit. In lieu Of flowers, please consider Mike with a donation to Rotary Club Of Cameron Park for the Community Foundation "Scholarships for Trade," P.O. Box 1791, Cameron Park, CA 95682, or to a charity of your choice.

Mike Collom, 69, of Cameron Park, passed away on All Saints Day, November 1, 2017 after a long, courageous battle with cancer. He was born on February 11 , 1948, in Burlingame, California. Most of his professional years were spent working... View Obituary & Service Information

The family of Michael Collom created this Life Tributes page to make it easy to share your memories.

Mike Collom, 69, of Cameron
Park, passed away on All Saints Day,...