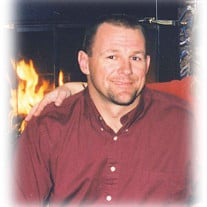 Michael “Mike” Gunski of Pollock Pines, CA went to heaven on Tuesday, November 14, 2017 at the age of 56 years. He was born in Superior, Wisconsin on December 14, 1960. He grew up in San Jose, California. And he married his wife, Arleen on June 11, 1994; he treasured the 30 years they shared together and loved her dearly. Mike enjoyed walking his dogs, snowboarding, dirt bike riding, shooting his guns, reading and spending time with his family. He was proud of his life on the line, restoring power to help others. During his time working as a lineman at PG&E he gained a brotherhood and built lifelong friendships. He is survived by his beloved wife, Arleen; his children, Adam, Misty and Michael; his grandchildren, Kaiden, Mackenzie, Jasmine and Gabriel; his mother, Elizabeth “Betty”; his two sisters; his two brothers; his nieces and nephews and countless friends he considered family. Mike had a genuine love for Jesus, as he grew closer to God so did his knowledge of the word. He was a wonderful, loving husband and excellent father. His untimely death has shaken us all to the core. He will be greatly and sadly missed, but never forgotten. He is resting with the Lord now away from all his suffering and pain, the word of the Lord said, to be absent from the body is to be present with the Lord. Funeral Services will be held at 11:00 A.M. on Saturday, December 9, 2017 at Pollock Pines Community Church. Located at 6361 Pony Express Trail in Pollock Pines California. Donations may be made to defray funeral expenses, flowers may be brought or sent to the funeral service.

The family of Michael Gunski created this Life Tributes page to make it easy to share your memories.