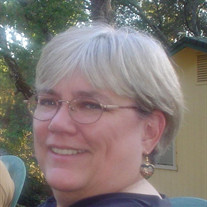 On the afternoon of February 15, 2022 Nancy Joy Morris (Early) passed away at Sutter Memorial Hospital in Roseville, California after a tragic car accident. Nancy was seventy four years old. Her beloved husband preceded her in death at the scene of the accident. Words can’t begin to express the broken-heartedness we feel over the loss of Nancy and Steve. Nancy was preceded in death by her parents Rachel and Howard Early. She is survived by her only daughter and son-in-law, Rebecca and Scott Armstrong, grandchildren, Cameron and Jillian Armstrong, sister and brother-in-law, Lynn and Robert Koenigs, nephew and nieces, Ethan and Karri Koenigs, Emily and Ricky O’Neal, and Sarah and Andrew Payne and her great nephews and nieces. Nancy was born on September 25, 1947 in Hampton, Iowa. She was the first child of Rachel (Kramer) and Howard Early. Nancy spent her early years on the family farm and then moved to the town of Dumont Iowa when she started school. Nancy loved learning and excelled in all academic subjects, physical education, on the other hand, was a different story. At the age of ten, Nancy moved to Temple City, California with her family where she finished grammar school and high school. She attended Pasadena City College, after which she began her successful career at Pacific Bell Telephone Company. She remained with the company through their various ownership changes for the entirety of her career. In 1968 she married Steven Brewer. In 1972 their daughter Rebecca Lynn Brewer was born. After her marriage with Steven ended, Nancy and Rebecca moved to Cameron Park, California to be closer to her parents and sister. In 1999 Nancy met Steve Morris after being introduced to him by her son-in-law. They were married two years after and spent many happy years together. Steve’s larger than life personality complimented Nancy’s introvertedness. They enjoyed traveling and visited Hawaii, Alaska, Yellowstone, the east coast and Las Vegas. Nancy was never happier than on a cold and rainy day sitting in a comfortable chair, drinking a cup of Earl Grey tea and getting lost in a good book. Nancy was a quiet, reserved person, but few could match wits with her. Anyone who knew Nancy knew her enormous vocabulary. She was an avid reader and had a talent for intertwining words and phrases such as doppelganger, pluviophile, horrid, dreadful and the sword of Damocles into everyday conversation. She was the go-to person in the family for editing papers, reviewing resumes and researching any topic - she fostered a lifelong love of learning. Family was the most important thing in Nancy's life. She had a close bond with her daughter, Rebecca. They enjoyed shopping, craft fairs, family dinners and traveling together. Nancy was a devoted grandmother and cherished her grandchildren Cameron and Jillian. There wasn’t anything she wouldn't do for them. Nancy spent every Wednesday afternoon with her sister, Lynn, sharing a cup of coffee or tea and a lot of laughter. She also maintained a strong relationship with her nieces and nephews. Nancy was many things in her life - a loving mother, a devoted wife, a doting grandmother, a loyal sister, an affectionate aunt, and she will be missed by many. "The Lord is near to the brokenhearted and saves the crushed in spirit." Psalm 34:18. "For God so loved the world that he gave his only Son that whoever believes in him should not perish but have eternal life." John 3:16

On the afternoon of February 15, 2022 Nancy Joy Morris (Early) passed away at Sutter Memorial Hospital in Roseville, California after a tragic car accident. Nancy was seventy four years old. Her beloved husband preceded her in death at the scene... View Obituary & Service Information

The family of Nancy Joy Morris created this Life Tributes page to make it easy to share your memories.