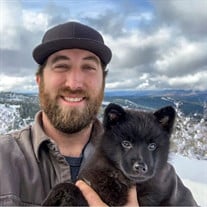 The family of Nicholas Ryan Braun created this Life Tributes page to make it easy to share your memories.

It is with deepest sorrow we announce that Nicholas R Braun,...