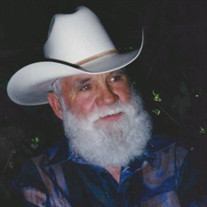 Born July 4, 1923 in Cloquet, Minnesota. Passed away June 9, 2021 in Shingle Springs, California. Loving husband of Pauline Athey Roe, beloved brother, father, grandfather and great-grandfather. A true "Yankee Doodle Dandy", Norman was born on July 4, 1923 in Cloquet, Minnesota. Son of Norman Sr and Amanda Roe, he was the third of five siblings. During the Depression years, he helped out on a friend's farm and graduated from Cloquet High School in 1941. A 20-plus year Air Combat Veteran, he enlisted in the US Army Air Corps in 1943. Originally stationed in New York, he volunteered to serve in Europe as a B-17 Chin Gunner/Togglier in the US 8th Army Air Force. Based in England, he flew 30-plus missions over Germany and was awarded the Air Medal (the aerial equivalent of the Bronze Star.) During the Korean War (1951-1952) he flew Air Reconnaissance as a gunner in B-29s. After Korea, he flew as a gunner in other various bomber aircraft. During this time, he met and married Pauline Athey, an RN/PHN of San Jose, California, raising a family of five children, including two sets of twins. In 1961, he was stationed at McCoy AFB in Orlando, Florida, and participated in the Cuban Crisis. He ended his career as a MasterSergeant, flying in the Strategic Air Command (SAC) as a B-52 tailgunner and also served on StanBoard, evaluating squadron flight crews. Upon his USAF retirement in 1966, Norman and family came back to California, relocating to Sacramento, where he returned to school on the GI Bill. He worked sixteen years for the Federal Aviation Agency as a General Facilities Maintenance Technician, and later Electronic Technician, retiring from the FAA in 1986. He and Pauline were residents of Shingle Springs for 45 years, where they were able to have horses, dogs and cats. He enjoyed golf and horse-back riding, but his first love was country music and playing his cherished Gretsch electric hollowbody guitar. He was a long-time member of The Buckboard Bunch, El Dorado County's oldest active Country & Western band, and performed many years as a volunteer for local fundraisers and community events. Norman was preceded in death by his wife Pauline and daughter Julie (Jim), brothers Mahlon and Daryle and sister Gay. He is survived by his sister Joyce; his children Carrie, Mark, Sara (Jerry) and Floyd (Ginger); grandchildren Rachel (John), Christina, Courtney, Billy, Justin, Steven (Micaela), Amanda (Fabien) and Trevor and great-grandchildren Cairo, Hailey and Jax. A Military Honors Memorial Service will be held on Thursday, June 17, 2021 at 11am, at the Sacramento Valley National Cemetery in Dixon, California.

The family of Norman Edwin Roe Jr. created this Life Tributes page to make it easy to share your memories.