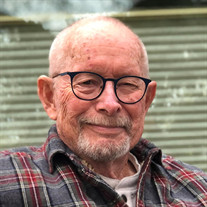 It is with heavy hearts that we announce the passing of Peter Terrence Keeslar, 81, of El Dorado Hills, California. Born November 21, 1939 in Columbus, Ohio, he passed peacefully in his home on Sunday, August 15, 2021. Pete is survived by his loving wife of 23 years, Linda, daughter Julie Vanty (Larry), daughter in-law Molly Keeslar (Eric), step-daughter Shelly Sims (Allen), step-daughter Holly Powers (Trevor), step-son Eric Nelson (Deana), 14 grandchildren and two great grandchildren. Pete is also survived by his brother Dan Keeslar (Joyce), sister Judy Santamaria (Nick), and several nieces and nephews. He was preceded in death by his mother Julia Keeslar, father Oreon Keeslar, son Eric Keeslar, granddaughter Freya Powers, and grand dog Kya Vanty. At 17 Pete joined the United States Navy where he established lifelong friendships, and he always felt great pride at having served his country. After his military service Pete went on to earn both undergraduate and graduate degrees in education and administration at San Jose State University. He began his career in the Campbell Unified School District where he taught science and mathematics as well as coached soccer. He would go on to teach in Alaska where both of his children were born. He loved the wide open spaces and wildlife there. The rest of his career was spent in the foothills and central valley of California. His final 10 years were spent in the Alta Dutch Flat School District as superintendent/principal. He was very proud of the staff he worked with and the things they were able to accomplish for the students. One of his greatest joys was leading the Halloween parade as the Great Gorilla. It was the perfect ending to an immensely fulfilling 40 year career in public education. Pete always had a great love of the outdoors and he developed a passion for scuba diving which he was overjoyed to share with his daughter Julie on several occasions. He was fascinated by life under the sea. Some of his favorite places to dive were Cozumel, Mexico and Monterey, California. One of his life goals was to see a clown fish in its natural habitat which lead him to Fiji where his goal was realized. Two of Pete’s other passions were the National Parks and RV travel; his favorite park being Yellowstone National Park. He and Linda took many trips across the United States and Canada where they visited as many parks as they could. One of their favorite trips was in 2010 when they went back east with friends Bob and Pink Huff to see national monuments and the fall colors of New England; Pete’s favorite season was fall and he loved the changing leaves. It was on this trip, while in Maine, that Pete ordered a lobster, named it Bob, and proceeded to eat it in full view of Bob Huff. His sense of humor and quick wit were some of his greatest qualities. In 2014 Pete and Linda sold their home in Rocklin, California and took up full time RV-ing which they did for five wonderful years. They traveled the country visiting parks and family and made many friends along the way. They settled down in El Dorado Hills, California in 2019 in order to be closer to family and friends. It was here that Pete passed, surrounded by loved ones. Pete was an exceptionally kind man. He could strike up a conversation with anyone. He was never critical or judgmental which is why he made lifelong friendships so easily. He had a life well lived, he was well loved, and he will be greatly missed by many. A memorial service will be held at 1:00 PM on Friday, September 10, 2021 at Green Valley Mortuary, 3004 Alexandrite Drive, Rescue, California 95672. For those who are unable to attend in person there will be a livestream option available at the link: https://my.gather.app/remember/peter-keeslar In lieu of flowers please make donations in Pete’s memory to the Alzheimer’s Foundation of America (https://alzfdn.org) or the National Park Foundation (www.nationalparks.org)

It is with heavy hearts that we announce the passing of Peter Terrence Keeslar, 81, of El Dorado Hills, California. Born November 21, 1939 in Columbus, Ohio, he passed peacefully in his home on Sunday, August 15, 2021. Pete is survived by his... View Obituary & Service Information

The family of Peter Terrence Keeslar created this Life Tributes page to make it easy to share your memories.

It is with heavy hearts that we announce the passing of Peter...