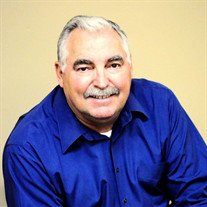 Rick Reposa was born on April 23,1952 in San Jose California. Rick entered into the presence of our Heavenly Father on November 24, 2021 with his wife and two of his children by his side. Rick leaves behind his loving wife of 47 years, Lynda Reposa and his three children, Joseph, Theresa and Matthew. Rick was a devoted grandfather of four grandchildren, Harrison (7), Madison (5), Alice (4) and Jacob (3 months), who adored him. Rick leaves behind a brother, Kimball Reposa and a sister Susan Kerns as well as countless loved ones and friends too numerous to list. Rick served in the United States Army from 1971-1978. Rick was a member of the Signal Corps, serving the bulk of his years in Germany. Rick achieved the Rank of Sergeant prior to exiting service. Both Rick and his entire family were extremely proud of his service. From 1978 to 1981 Rick attended California State University, Sacramento where he made the Dean's list and obtained a Bachelor's Degree in Business Administration with an emphasis in accounting. In addition to his Bachelor's Degree, Rick earned his Certified Public Accountant certificate in 1989 and became a certified Fraud Examiner in 1995. In 1981 Rick went to work for the California Franchise Tax Board as a Special Investigator, ultimately achieving the title of Supervising Special Agent before his retirement in 2008. Rick dedicated a lot of his time to his children, as they grew up and participated in Martial Arts with Matthew and Theresa, where he earned his first degree black belt. In his later years Rick was known as a person you could count on if you needed help. Rick completed numerous projects for friends, volunteered at his church and did taxes, free of cost for the elderly through AARP. Rick enjoyed spending time outside keeping his yard in pristine condition, and had a love for classic cars. All who knew Rick knew his favorite hobby was fishing. When not fishing himself, Rick could be found, baiting hooks, untangling lines and netting fish for his children and grandchildren. Rick's infectious smile, his belly laughs and his giant hugs will be dearly missed. Rick's wife and family invite all to attend a celebration of life for Rick at Vintage Grace Church, 931 Lassen Ln, El Dorado Hills, CA on 12/11/2021 at 1:30. In addition, all are welcome to the rendering of military honors at the Sacramento Valley National Cemetery, 5810 Midway Rd, Dixon, CA on 12/13/2021 at 10:30. For additional obituary and service information please visit greenvalleymortuary.com

Rick Reposa was born on April 23,1952 in San Jose California. Rick entered into the presence of our Heavenly Father on November 24, 2021 with his wife and two of his children by his side. Rick leaves behind his loving wife of 47 years,... View Obituary & Service Information

The family of Rick R. Reposa created this Life Tributes page to make it easy to share your memories.