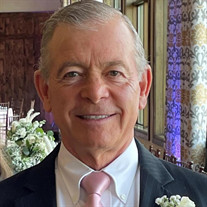 Obituary for Robert Jean Gibson Robert (Bob) Jean Gibson passed away on November 28, 2021 in Mercy Hospital of Folsom surrounded by his loving wife and family. Bob was born in Metz, France (vive le France!) on July 9, 1953 to his mother, Suzanne Marthe Speicher and father, Roberto José Aballay. Bob lived in many places throughout his life including France, Africa, Mexico, Utah, Minnesota, and California where he spent most of his life. Bob graduated high school from The American School Foundation in Mexico City, Mexico class of 1972. In his youth he participated in track and field and played soccer, basketball, and football. As the captain of the football team, one of his proudest moments was winning the championship in 1971. He was later inducted into The American School Foundation Athletics Wall of Fame in 2018. Bob served a voluntary two-year mission from 1974-76 for the Church of Jesus Christ of Latter-Day Saints in the French Polynesian Islands and New Caledonia. He learned French and Tahitian to communicate with the people he served. After his mission, Bob attended Brigham Young University in Provo, Utah where he met the love of his life, Juliann (Julie) Judd. He graduated with a composite Minor in Economics and Accounting combined with a composite Major in Marketing and Financial and Estate Planning. Bob and Julie were married in 1980 in the Salt Lake City, Utah temple. They recently celebrated their 41st wedding anniversary. Bob and Julie established Gibson Capital Management in Sacramento County where they lived for 40 years, spending the last 30 years in Folsom, California. Bob helped many individuals, couples, and small business owners over the years with retirement and investment planning as a Holistic Financial Planner. Bob received his Master of Science degree from the College for Financial Planning in 1995. Along with his degrees, he was proud of his nine credentials, including his Certified Financial Planner license which he earned in 1983. He was passionate to help his clients find greater alignment with eight of the nine areas of life (family, home, career, community, learning, leisure, health, spiritual) and their money. Bob was known for his sense of humor, ability to connect with anyone, anywhere, his curiosity to learn and gather knowledge and information, and passion for his overall health and well-being. He valued integrity, trust, responsibility, honesty, respect, and compassion. They were the foundations of his personal and professional life. For fun Bob enjoyed history, documentary movies, biking, walking, contact juggling, reading, theoretical physics and learning about holistic health philosophies and practices. While Bob excelled in his professional and personal endeavors, his family was the most important part of his life. He cherished his wife, children and grandchildren and was very present and invested in every aspect of their lives. Bob’s memory will be kept alive by his gorgeous wife, Julie; three children Nicole (Quinton) Green, Steven (Olivia) Gibson, and Jennifer (Treg) Corbridge; grandchildren Carter and Madison Green and Brooks Corbridge; sister Sandra Moreland; brothers Roberto Jr. and Adolfo Aballay; step-siblings Mary, John and Richard Gibson; niece Anecia Moreland, great nieces Amaya and Mayze Moreland; and stepfather Bill Beckers. A memorial service will be held on Friday, December 17th at 11 am at Green Valley Mortuary, 3004 Alexandrite Drive, Rescue, CA 95672. A Celebration of Life reception will be held following the funeral service.

The family of Robert Jean Gibson created this Life Tributes page to make it easy to share your memories.