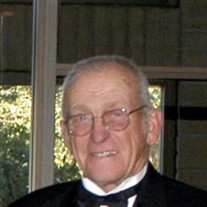 Robert “Glenn” Hodgson, 80, passed away February 19, 2022 following a battle with prostate cancer. While the cancer had been present for some time, it only recently became quite aggressive and finally took over. His family is thankful that he was able to be at home and be surrounded by those that he loved in his final hours. Glenn is predeceased by his parents, Loyal and Marjorie, and his wife, Carol. He is survived by his brothers, John and Ray Hodgson; his son, Rob (Carrie) Hodgson and daughter, Rachel (Scott) Bell; grandchildren, Zechariah and Grace Bell, Brianna and Nate Hodgson; and numerous nieces, nephews, and cousins. Glenn was raised in Paskenta, California and graduated from Corning High in 1959. He married his high school sweetheart following her graduation in 1960 and began working for the US Forest Service in 1962 stationed at Lookout Junction. And like many folks growing up around Corning, he worked in the Maywood Olive Plant during the off-season. Glenn received his draft notice for Vietnam in October 1966. He spent 9 months in Vietnam. Glenn received 2 Purple Hearts and 2 Bronze Stars before being honorably discharged and returning to his job with the US Forest Service in Adin, CA in 1968. In 1969, Glenn and Carol moved to Cedarville where their 2 children were born. In 1974, Glenn and his family moved to Susanville where he lived until after Carol passed away in 2013. In Susanville, he continued to work for the US Forest Service until taking an “early retirement” in 1994. He continued to work in construction operating heavy equipment and could often be found plowing the Fredonyer pass in the winter months. Glenn was also a volunteer firefighter for the Susan River Fire Department for 40+ years. He became Chief along the way and helped build the department from 1 small station with 2 engines to 3 stations, 3 water tenders and multiple engines. The fire department was his favorite pastime - he loved being Chief and helping the community. When there were no fires to put out, he could often be found at the station puttering around working on this or that, keeping the engines running, or just shootin’ the breeze with whomever stopped by. He might even have taken “that damn radio,” as Carol lovingly referred to it, with him on family trips out of town just to keep tabs on what was happening back home. Over the years, Glenn also actively supported his kids’ activities in Little League, 4-H, FFA, and Job’s Daughters, was an active member of the Elks Lodge for many years, and served on the Johnstonville Elementary School Board for 8 years (half of those years after his own children had moved on to high school). After Carol passed away, Glenn moved down to Cameron Park, just East of Sacramento, to be closer to his children and grandchildren. He moved into a fantastic senior living community where he enjoyed playing poker with his pals several times a week and ventured out to the local coffee shop and car shows in his ’57 Chevy whenever he could. He also loved going on cruises where he could enjoy people-watching on the deck. Glenn is already missed and will be forever in our hearts. A memorial service will be held on March 18, 2022 at the Green Valley Mortuary - Rescue/Cameron Park, 3004 Alexandrite Drive in Rescue, CA at 1:30 p.m. Interment and Military Honors will be held on May 17, 2022 at Sacramento Valley National Cemetery in Dixon, CA at 2 p.m. Donations can be made in Glenn’s honor to the Firefighters Burn Institute ( ffburn.org ).

Robert &#8220;Glenn&#8221; Hodgson, 80, passed away February 19, 2022 following a battle with prostate cancer. While the cancer had been present for some time, it only recently became quite aggressive and finally took over. His family is thankful... View Obituary & Service Information

The family of Robert Glenn Hodgson created this Life Tributes page to make it easy to share your memories.