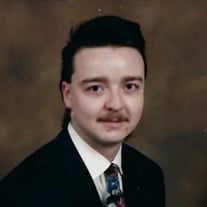 Died September 30, 2020 at his home in Cool, California. Born August 27, 1968 in Ogden, Utah. Survived by: Children Taylor (Megan) Parrish and Tristin Parrish, both of Carson City, Nevada; Parents John Steven and Gloria Parrish, of Reno, Nevada; Brothers Jon Michael (Aubin) Parrish of Cool, California, and Curtis Reed Parrish of Reno, Nevada; nephews Cameron Thorson of Reno, Nevada, Jordan Parrish and Oliver Parrish of Cool, California; and niece Aryelle Parrish of Reno, Nevada. He was proceeded in death by his brother Jamie Lynn Parrish. He was a member of the Church of Jesus Christ of Latter Day Saints and graduated from Carson City Highschool in 1986. From birth to age 17 Rob moved with his father’s work from Utah to Twin Falls, Idaho, to Sandpoint, Idaho, back to Ogden, Utah, to Salmon, Idaho, to Albuquerque, New Mexico, and finally to Carson City, Nevada on January 1, 1985. Rob’s proudest accomplishment was obtaining his Eagle Scout Rank. He loved scouting and was quick to quote the Boy Scout oath frequently. Rob lived his last 21 years on his brother Mike’s property in Cool, California. He was the office manager for Mike’s “Walking Wolf” jewelry business. Rob was always a loving friend and formed many new friendships with residents throughout Cool and the surrounding towns. His group of friends looked out for each other and Rob called them his “peeps.” Rob had a variety of craftsmen and truck driving skills, was a great store manager, and communicated well with people on a business level. He loved nature, hunting, and fishing. Taking pictures of butterflies, praying mantis, deer, turkeys, and the moon were his favorites. There will be a memorial celebration in the Cool area at some future date. Graveside services will be at the cemetery in Geneva, Idaho, on Saturday, October 31, at 11:00 AM. Rob will be laid to rest alongside his brother, Jamie Lynn, and near his beloved grandmother, Elsie Hillier.

The family of Robert Louis Parrish created this Life Tributes page to make it easy to share your memories.