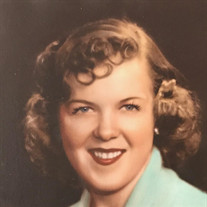 Rose Segina August 15,1935 – October 4, 2016 Rose Segina passed away on October 4, 2016 at the age of 81 years old. She was the devoted wife of Nicholas Segina for 56 years; Cherished mother of Dr. Daniel Segina, and Rosemarie DeCarli (deceased); Mother-in-law to Dr Kelly Segina, and Richard DeCarli; Beloved grandmother of Alexander & Dante DeCarli and Dominic & Gino Segina; Loving Sister of Marie Hoffmann and Adolph Hoge: Survived by several, cousins, nieces and nephews. Rose was born the daughter of Albina and Alois Hoge in Rottenstein, a small village deep in the red stony mountains of Slovania. However, her time in Rottenstein was short lived, as she and her family were forced to evacuate during the onset of WWII at the young age of 5 years old. During the war, her family was sent to a British refugee camp located in Austria, where she spent several unfortunate years of her youth. Sponsored by her American Uncle and Aunt, she came to America on June 12, 1955 by a U.S. Military ship into New York. Upon being processed through Ellis Island, Rose began her new life in Cleveland, Ohio. She first worked as a seamstress at a clothing factory, and then later worked at a small parts machine shop. Rose met the man of her dreams, Nicholas Segina at a local German dance hall. It was love at first sight. They were married four months later on February 22, 1960. Their first child, Rosemarie, was born on May 15, 1961. In search of better work and a change of pace, they came to Sacramento, California in 1964. Not long after, their son, Daniel, was born on January 21, 1967. She raised two wonderful children who passed on her knowledge and traditions down to their children. Rose was an excellent seamstress. She enjoyed gardening and was an exceptional cook, especially with her German culinary and baking skills. Besides her family and friends, faith was most important to her. She was an extremely devout catholic. She prayed the Rosary every day, and would always ask God to help others before herself. Faith kept her strong. It gave her hope, understanding and comfort. We will forever miss her wonderful spirit. Rose will be remembered for her contagious smile and the genuine kindness she portrayed. She dedicated her life to her children and family. She concerned herself with the feelings of others in a selfless crusade to make those around her happy, which usually meant feeding us. Rose was truly one of a kind with a heart of gold, and will be missed by all that knew her. But her legacy lives on through her family, her friends, her cooking, her tradition and her great stories. Omi, you will be forever missed and loved. Your love and life will live on through us all. We love you, Omi. Rest in Peace, and be happy in Heaven with your daughter. The family wishes to thank all of those who cared for and loved her throughout her life. Donations may be made to Saint John’s Church of Folsom and the Disabled Veterans of America.

The family of Rose Segina created this Life Tributes page to make it easy to share your memories.