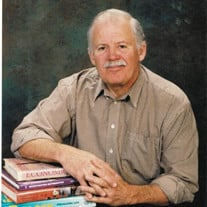 Terry Jay Miller, age 81, went to his eternal home to be with his Lord and Savior on December 10, 2020. He was born on December 9, 1939, in St. Joseph, Missouri, as the eldest child to parents Wayne and Elizabeth Miller. Terry grew up in California and, as a teenager, helped his parents with church planting and served as the church pianist. He attended Van Nuys High School and Bob Jones University and served his country in the United States Marine Corps Reserve. He married his wife of 58 years, Jackie, at Central Baptist Church in Sacramento and, as a young couple, they worked alongside his sister Carol, brother-in-law Dutch and their parents to re-establish the Union Gospel Mission Sacramento. Terry and Jackie raised their family in Carmichael and were long-time members of Arcade Baptist Church and most recently, Placerville Church of the Nazarene. Terry had a gift for playing the piano, but he also enjoyed golfing, photography and taking family vacations in the Pacific Northwest. In his later years, he lived in the hills of Placerville, where he enjoyed working outside, tending to the garden and fruit trees. His greatest prayer was that his children and grandchildren would come to a saving knowledge of Jesus Christ. He is survived by his wife, Jackie, his children, Brenda (Shawn), Chris (Debbie) and Shari (Brian), his sister Beckie (Art), his seven grandchildren and one great-grandchild. He is now in the presence of his Savior, and reunited with his father, mother, his sister Carol, and brother-in-law Dutch, who preceded him in death. We rest in the knowledge that we will see him again one day in Heaven. John 14:1-3, 6 1 Let not let your heart be troubled; you believe in God, believe also in Me. 2 In my Father’s house are many mansions; if it were not so, I would have told you. I go to prepare a place for you. 3 And if I go and prepare a place for you, I will come again and receive you to Myself; that where I am, there you may be also. 6 Jesus said to him, “I am the way, the truth, and the life. No one comes to the Father except through Me. “In lieu of sending flowers, the family requests that donations be sent to one of the following charities:” Art and Beckie Melli #95072 (Terry’s sister and brother-in-law’s ministry with Youth for Christ International) – donate here https://yfci.org/staff/art-and-beckie-melli/ Placerville Church of the Nazarene – donate here https://plaznaz.com/give-online/

Terry Jay Miller, age 81, went to his eternal home to be with his Lord and Savior on December 10, 2020. He was born on December 9, 1939, in St. Joseph, Missouri, as the eldest child to parents Wayne and Elizabeth Miller. Terry grew up in California... View Obituary & Service Information

The family of Terry Jay Miller created this Life Tributes page to make it easy to share your memories.

Terry Jay Miller, age 81, went to his eternal home to be with...