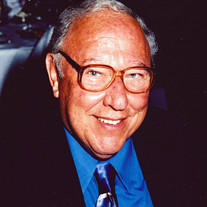 Thomas Michael Condon May 19, 1934 — Sept. 27, 2016 Thomas Michael Condon, born May 19, 1934, died Sept. 27, 2016. He was the son of James P. Condon and Edna M. Condon (both deceased); loving brother of Donald T. Condon and Dr. James M. Condon (deceased); and uncle of Lisa A. Condon-Johnson of El Dorado Hills, Calif., Craig Condon of Flower Mound, Texas, Denise Welsh of New York City, N.Y.,and Cori Condon-Calvert of Fair Oaks, Calif. Tom served in the U.S. Army from 1957 through 1959. He was a longtime member of the Sacramento Orchid Society and a member of the Native Sons. He was an avid golfer and was a member of the Airport Golf Club in Placerville, Calif. He was retired from 30 years with the El Dorado County Environmental Health Department as an inspector. He earned a master's degree in plant genetics at U.C. Davis. His great interest in life was hybridizing orchid species, involving two green houses at his residence in Placerville, containing more than 2,000 orchid plants. Services will be held at 9 a.m. on Oct. 3. The viewing will be at Green Valley Mortuary, 3004 Alexandrite Drive in Rescue, Calif., followed by mass at Holy Trinity Catholic Church in El Dorado Hills at 11 a.m. Interment will be at the National Cemetery in Dixon, Calif., on Wednesday, Oct. 5 at 1:30 p.m.

The family of Thomas Michael Condon created this Life Tributes page to make it easy to share your memories.