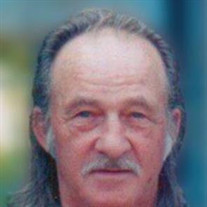 WAYNE STULTZ ~ August 10, 1929 - September 19, 2019 Wayne Stultz passed away on the early morning of September 19, 2019, while holding the hand of his wife, best friend, soulmate and one true love of 69 years Ruth Stultz. He joined his son Steven Stultz, together they walked through the golden gates into heaven. He is survived by his Wife of 69 years Ruth Stultz, Daughters; Randi Smith (husband Eddie Smith), Susie Stultz and Toni Paredero (husband Mike Paredero), Grandchildren; Nanette Stultz, Dustin Brown, Crystal Stultz, Amanda Johnson, Jacob Smith, Ryan Rojas, Emily Wong and Angel; Great grandchildren; Emma and Travis Johnson. WAYNE & RUTH (Just You and Me Hun) Wayne recently told the story of how he met and married Ruth, followed by their journey from Indiana to California in 1950. Wayne was 20, Ruth was 16 and living with her eldest sister, Jerry (Sis). Wayne’s aunt, Helen and Ruth’s sister Sis were best friends and loved to play cards. One night during one of their card games, Wayne & Ruth crossed paths both catching the eyes of the other and both thinking the other was uninterested. It was shortly after that card game they crossed paths again only this time Wayne got up the nerve to ask Ruth out on a date. They spent their first date at the movies, were married a month later and spent every day of their life together until Wayne’s passing. Wayne absolutely adored Ruth, he would always tell his children that Mommy was the most beautiful woman in the world and that she should be Miss America. WAYNE’S STORY Wayne retired from the Alameda County Water District in Fremont, CA in 1990, as Head Water Controller. Throughout his 30 years working with ACWD, he spent much of his time in Niles Canyon. He knew the canyon like the back of his hand. This could sometimes be a detriment to the local teens if they were doing things they shouldn’t be doing, like skinny dipping (you couldn’t hide from Mr. Stultz). If you wanted to know where the best fishing spots were, he knew where to go and the best time to get a good catch. Wayne was an avid golfer when golfing wasn’t cool. He was invited on more than one occasion to participate in the Bing Maloney Seniors PGA Tour and proud to be a member of the Hole in One Club. He loved golfing with his best friend Joe, his granddaughter Amanda and grandson Ryan. He loved fishing with his cousin Johnny, son Steven and grandson Dustin. His Hollywood cowboy hero was John Wayne, but his real-life cowboy hero and confidant was his brother Bill. One of his favorite movies was Saturday Night Fever, he loved the dancing and soundtrack from the movie. Butter milk pancakes, fried mush, turkey and pumpkin pie at Thanksgiving time were his specialties. His favorite pass time was to go to Red Hawk casino with his wife Ruth. He loved to tell his children and grandchildren stories of his life and life experiences. Wayne was a proud man and lived his life as someone to look up to and be proud of. He will be deeply missed. Please share your stories of Wayne, his family looks forward to hearing all the wonderful memories you have shared with him. Family, Friends and Food to follow immediately after services at 8665 Florin Rd, Sacramento, Ca. 95828 Together we place Steven Wayne Stultz, in his final resting place along side his father Wayne Stultz. We will continue to hold Steven in our hearts and memories. We will carry a part of him with us always. He loved each and everyone of us. He was a caring son, best friend to his sisters, a great uncle, a loving husband, an encouraging step-father, a selfless friend and most of all the best dad to his girls. Let the Ol’ Mighty Hawk swore the sky’s and watch over us.

WAYNE STULTZ ~ August 10, 1929 - September 19, 2019 Wayne Stultz passed away on the early morning of September 19, 2019, while holding the hand of his wife, best friend, soulmate and one true love of 69 years Ruth Stultz. He joined his son... View Obituary & Service Information

The family of Wayne Stultz created this Life Tributes page to make it easy to share your memories.