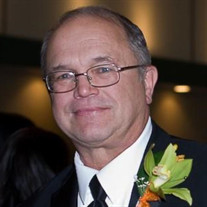 We are saddened by our recent loss of William “Bill” Isaac Latone, a loving husband, a fun-loving brother, a devoted father, a warm-hearted father-in-law, a beloved uncle, and a caring grandfather. He was born on April 4, 1944 in Oakland, California. Bill passed peacefully on the evening of December 26th of 2021, at the age of 77, with his wife of 53 years by his side. Bill served during the Vietnam War and retired as a Lieutenant Colonel in the U.S. Air Force. Following his service, he worked for Kennedy Jenks Consultants as a civil engineer who designed water and wastewater treatment plants and pipelines for Californians. After retiring, he remained in the design space and was part of the architectural committee in his community. Outside of work, he enjoyed supporting his kids and their peers in their scouting endeavors. He helped all three sons achieve the rank of Eagle Scout by encouraging them each step of the way. He lived the Scout Oath and the Scout Law. During his spare time, he enjoyed spending time with his family, playing bocce ball and golf, taking pictures, bicycling 10-12 miles four times a week, backpacking and hiking in Yosemite, and traveling to Hawaii. He is survived by his: • Wife Debra Latone • Brother and sister-in-law Mike and Mary Ellen Latone • Sister and brother-in-law Sandy and Bud Donaldson • Brother-in-law and sister-in-law Mark and Cara Traverso • Son and daughter-in-law Aaron and Janine Latone and Granddaughter Audriauna • Son and daughter-in-law Matthew and Kiri Latone and Grandchildren Justus, Deklann, Joseph, Dominik, and Shane Michael • Son and daughter-in-law Jacob and Trang Latone and Grandchildren Esther, Ezekiel, and preborn baby girl • Daughter Jie Young Kim and Granddaughter Navee • Nephews and Nieces Cooper, Cassie, Lukus, Angelique, Sara, and their families As a husband, brother, father, father-in-law, uncle, and grandfather, Bill impacted many lives. He was always there to lend anyone a helping hand. He shared his great advice and years of wisdom not only with his three sons but also with many other people. While we already miss him, the love and wisdom that he shared will live on. Thank you for your thoughts and prayers. A funeral service will be held on Tuesday, January 11, 2022 at 11 a.m. at Holy Trinity Parish (3111 Tierra de Dios Dr, El Dorado Hills, CA 95762). The burial will be held on Wednesday, January 12, 2022 at 11 a.m. at Sacramento Valley National Cemetery (5810 Midway Rd, Dixon, CA 95620).

We are saddened by our recent loss of William &#8220;Bill&#8221; Isaac Latone, a loving husband, a fun-loving brother, a devoted father, a warm-hearted father-in-law, a beloved uncle, and a caring grandfather. He was born on April 4, 1944 in... View Obituary & Service Information

The family of William Isaac Latone created this Life Tributes page to make it easy to share your memories.

We are saddened by our recent loss of William “Bill” Isaac Latone,...